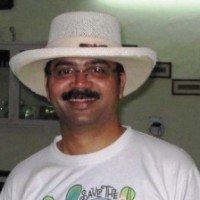 I was studying in the 9th grade. My annual leave had finished and I had to go back to my residential school in Thiruvananthapuram, the capital of Kerala state which is situated at the southern tip of India. My dad was posted in a place 100 kms from Jammu city on the northern tip of India.

The compartment was crowded. We got just enough space to sit. For the entire journey, my father could only sit and sleep in the sitting position. I could snuggle into the little space and comfortably slept with my head resting on my father’s lap. So he did not even shift his legs while I was sleeping. I wonder how he would have travelled back the next day he dropped me to school for another 3 days in the same crowded un-reserved compartment.

Thinking back I realize how much sacrifice our parents would have done for our comfort. That realization keeps me going to serve my old parents in spite of my own busy official and family life. 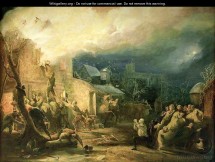 Perinjery is proud of a young Air Force Officer on his team for having the courage to do what it takes, and highlights that courage is the mark of a Leader.  #mindfulmonday #couragetolead

This is an incident which involved an Air Force Officer who was my junior and reporting to me. He was returning back from leave and was traveling in a bus from the railway station to the Air Force base which was 60 kms away. He was sleeping when half way through, in the middle of the night, his bus came to a halt. He woke up and saw the bus was empty. He heard lot of noise and commotion nearby. All the passengers had alighted and were standing on the edge of the road and pointing down. He got out and joined the crowd only to find out that the sides of the road was a small valley and a bus had fallen down. Painful cries of passengers were heard from the bus. However, not a single person dared to go down and help them. All were sympathizing and were confused on what to do.

The officer, in a raised voice asked the people to come down with him and help the passengers from the ill-fated bus. But none of them were listening to him. So he alone clambered down the steep bank of the road towards the fallen bus. He climbed inside the bus, got hold of 2 people on his shoulders and brought them out. Then slowly he climbed up the valley with the 2 people clinging on to him. When he reached the edge of the road he made them to sit and again clambered down to rescue other passengers.

Seeing this brave youngster, his fellow passengers felt a wave of guilt running through them. Immediately many men clambered down with him and helped to rescue all the passengers from the ill-fated bus. Luckily there was no death. All the victims were made to sit in the bus and he, along with few men, took them to the nearby hospital in the city. The duty doctors and nurses were called and were requested to give the necessary medical aid. Only then he came out, took an auto rickshaw and came back to the Air Force Base.

By the time he came to his quarters, it was office time and he was all dirty and tired. He came directly to me and narrated the incident and I asked him to clean up and get some rest. I gave him the day off and asked the mess waiters to provide him food at his quarters when he wakes up. I was feeling very proud of him. That evening we had a station party and I praised the young officer and narrated the incident. The lesson to be learnt from this life experience is that if you have the courage to be a leader, others will follow. 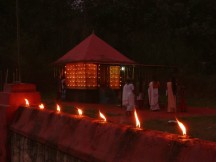 Poor Kids On The Street…