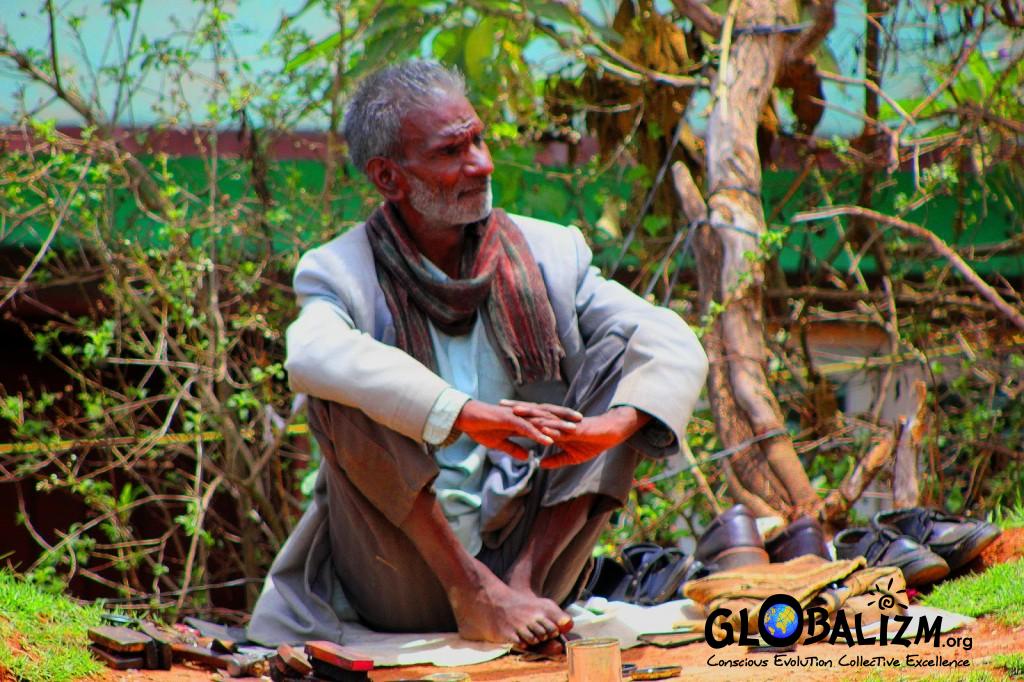 I visited Ooty in 2008, my hometown, after a long time. Some say it has become congested and polluted, but to me it remains a beautiful place with the air crisp, the surroundings green, and the weather wonderful.

When I was there I had to repair my leather slippers and went to the nearest cobbler. He was an old man and had very meager tools and essentials. He took some time to repair them and did a very good job. I asked him what his charges were and he asked me to give four rupees. I was surprised and was ready to give him Rs.15/- and I offered him Rs.10/- and asked him to have some tea. He staunchly refused to take the tip and was adamant in giving me back the change. I reluctantly took the change and thanked him for the good job.

Back at my friend’s place, I told him the whole episode and my friend told me the most improbable story…

This old man lives with his sister and both happened to be single and they have a small place to live. He makes enough money to buy rice (Rs.10), some vegetables (Rs.10) and the funniest part was he needed Rs.12 for a small of brandy everyday (I found it funny because a small peg of brandy doesn’t give the slightest buzz! Clearly, he was even a disciplined drinker 🙂 ). He never takes more money from people and gets angry if offered more than what he had asked.

The summary of this story… there are some people who are happy with what little they have and their needs are so little. I found this man so interesting that I wondered if greed, want for material things or creating wealth had ever crossed his mind or if he had resigned to this lowly existence. I concluded that both may have happened, and he had the courage to accept his limitations and lead a quiet life. This incident made me think a lot and it struck a cord with a short story I read long back, I am not sure of the title or the author. But the gist of the story is like this… there was an excellent German cobbler in London, who used to make handmade shoes which lasted for longtime that the author found not much need for repair or go for a new one frequently. Then came the factory-made shoes and the demand for the protagonist’s shoes came down. The cobbler did not believe in the factory-made shoes and did not accept the change. He insisted on making his own shoes to be sold in his shop. The things took for a worse turn and this cobbler died of hunger and poverty.  The author came to know of this very late to do anything.

In both the stories I could find a common link and that is what I call INTEGRITY and courage to go on with one’s convictions.

It reminds me of Balzac’s quote… “Conviction brings a silent, indefinable beauty into faces made of the commonest human clay.”  This is what I felt when reflecting on the cobbler of Ooty, and that courage is the foundation of integrity.