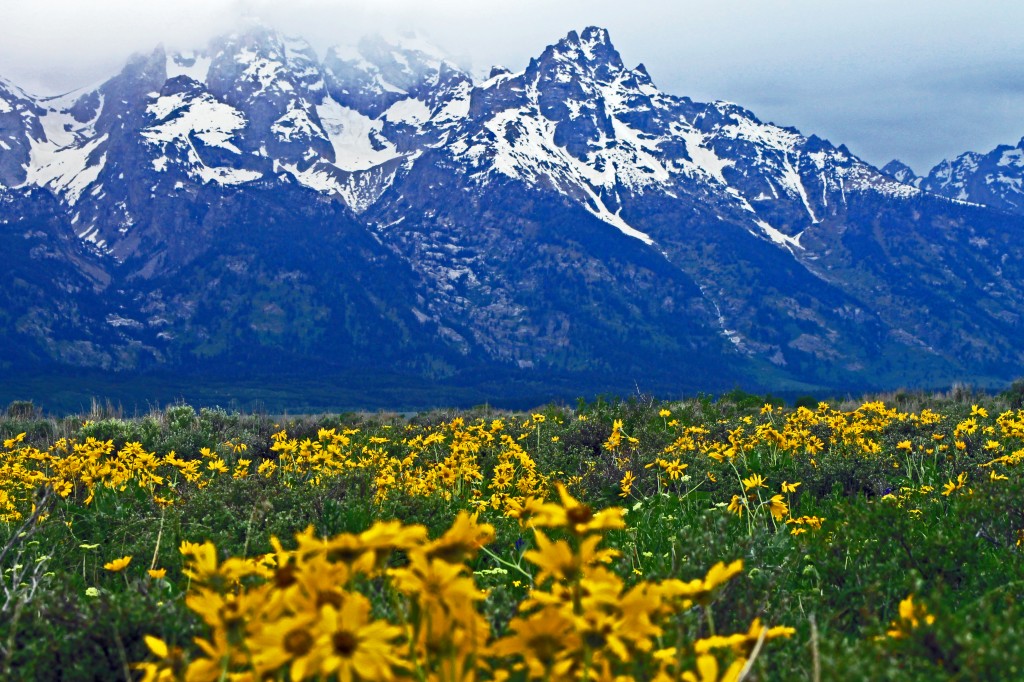 Zach’s annual roadtrips invariably lead to the mountains that inspire him deeply.  What is it about the mountains?  #travelthursday #roadtrip #mountains

The sky was so blue. A blue unlike any blue in the Ohio skies I had been raised under – a blue like something from a movie. A blue so crisp that if I raised my hand, I almost expected it to come back with blue residues. And vaulting up into this endless sky, huge rocky peaks stretched up impossibly high, crowned in icy white. Though these are some of the youngest mountains in the country, they stand with a sense of utter timelessness. In fact, even as a young boy, I felt the deep age and wisdom, even if I didn’t understand it as such. The breeze through the trees and the distant rumble of waterfalls mixed with the symphony of birdsong, and like a gorgeous foreign language, comforted me with glorious tales of ancient times, forgotten lakes and creatures, clouds that resembled dragons and then drifted off into cotton balls. Water so clear all the rocks at the bottom of the glacial lake were clearly visible. Small reddish fish and tadpoles inspected the rocks and dashed out of view.

My first memories of mountains.

Standing in those forests, something in my heart felt home, felt alive. I cried the whole flight back home.

These Wyoming mountains have been calling me ever since. Nowhere else evokes in me such a feeling – not the white sands of New Mexico, the Florida everglades, the sweet Smokeys, the quaint finger lakes of New York, the ocean paradise of San Diego, nor the verdant lush forests of Portland. No, only these Teton mountains overtake me with spiritual intensity.

Many thinkers and healers throughout history have spent time in the mountains. Crazy Horse and Black Elk would journey up into the secluded sections of the Black Hills to commune with ancestors and tap into spiritual visions. Jesus, Buddha,
Muhammad, and many Hindu Swamis all spent valuable time in mountains.

In 2006, my father passed away from a tough battle with pancreatic cancer. As part of my healing in this process I ventured back into the wilderness, a tradition I’ve continued every year since.

That first month in the Tetons changed my life, as cliché as that sounds. Each day was spent exploring the mountains, climbing up to high glacial lakes, crossing miles of sage fields, shredding a pair of hiking shoes simply from 100 some miles of hikes. Most nights were spent singing in homes and local venues. Fields were abloom with wildflowers of all colors – deep red Indian paintbrush, soft violet lupine, explosions of yellow arrowleaf, cloudy blue columbine, shy pink geraniums – infinite shades of green and variety of leaves. My first big hike took me up to the peak of the 10,000 plus foot Jackson Peak, where from the top, 4 mountain ranges were visible. 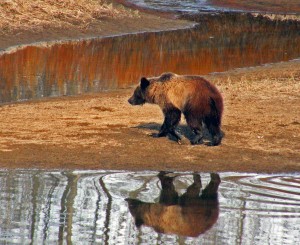 Yet, the most powerful moments came from the natives – bears. In my short stay, I came into the presence of 42 bears, both black and grizzly. Bears are such powerful and wise creatures. The first few were spotted from the car, and were hanging out on the other edge of the meadow. One hike was begun late in the evening, bringing us out in dusk, a time of crepuscular activity. As we rounded a bend, a young cinnamon black bear sat on the trail, delighting in some trail-side berries. He was so close, had I been not paying attention, I would have bumped into him. Our eyes met briefly, a matter of a second, before I stopped, backing around the bend, shifting off the trail and bursting into song. The bear sauntered off and disappeared into the brush. This experience with the little bear was so invigorating, and inspiring, a communion with something divine. Bears are a symbol of wisdom, something the greater Universe is seeking to impart upon us. All the encounters after this one on the trail brought the bears close to me. If I would see one in the far corner of a meadow, it would soon make its way towards me, and if we were on the road, it would cross the street in front or behind me. A mother grizzly even felt so comfortable and not threatened that she sat down and nursed her three cubs right there near where I was parked.

Nothing can compare to standing in a coniferous forest, aspen trees shaking in the breeze somewhere on the hillside, the smell of freshness so rich that you can feel the oxygen molecules entering every cell in your body.

And so now, like John Muir, I can truly appreciate the power of the mountainous wilderness. And even now, sitting in an Ohio suburb, I can still hear the songs of the magpies and bugling of the elk, the snorting of the bison.

The fragrant cottonwoods are almost just outside my window.

But now, “the mountains are calling, and I must go.”

Troubadour of peace, singer-songwriter, yogi, and peace activist based in Akron, Ohio, attempting to inspire some Love and nonviolence in the world. My Personal website is www.zachmusic.net