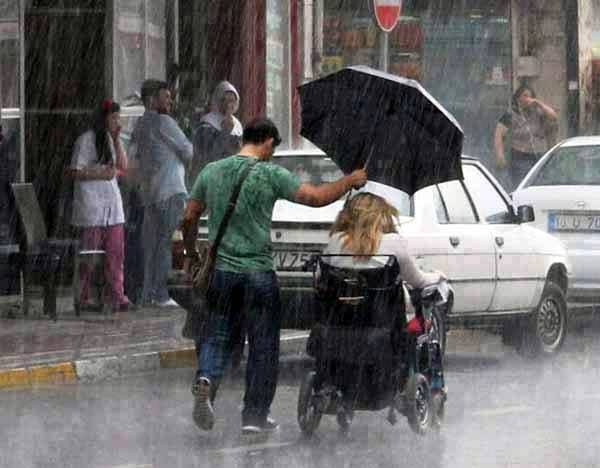 #globalite Suri suggests that our small actions of kindness and compassion matter and make a big difference.  #servicesaturday #randomactsofkindness

A single moment can transform a life completely or worse it can destroy a life completely. The tornadoes in Oklahoma are a grim reminder that when nature gets angry it spares no one – kids, adults, men, women, young and old; will destroy everything in its way. Not technology, not money, literally nothing can stop it or nothing can slow it. Humans are rendered helpless and left to be mere victims. And the after affects are such that it becomes hard to tell who is fortunate – the one who survives the natures furry or the one who lay siege to it.

Someone lost their loved one, someone went missing, someone is grieving over the loss of their loved one’s, someone is happy their loved ones survived, someone is attending urgent medical or someone is searching for their lived ones.. But I guess, at the end it’s the small things about life become the only things that matter for the rest of the lives – at least for the survivors.

The last dinner they had or the one that they missed; the last time they said they care about their loved ones or the last opportunity they missed to say this; the last parent teachers meeting the parents attended or they missed it; the last movie they saw together or the one they missed – this will either be in their memories for the rest of their lives or will haunt them for the rest of their lives. Not the long hours they put in at work, not all the millions they had in the banks, but its these small things that will matter.

Oklahoma has been declared as a national disaster and so was sandy. But this doesn’t mean that the Fed will be responsible for the disaster relief it also means as people living in this country (immigrants or citizens), its our responsibility as well to do everything in our capacity to justify our existence. Don’t get me wrong, this is no spiritual mambo jumbo, its just plan and simple common sense. We could have been easily in the harms way with sandy the super storm or the earthquakes or anything else – but we were not and to that and for every single moment of joy and/or sorrow we share with our loved ones, is reason good enough to care for others.

As soon as the media moves on to the next big prime time news, focus on the disaster recovery will be waning because that’s the nature of life. It just forces us to move on – no matter what. Disasters unfortunately apart from being the monsters they are, they turn angels for the people who try to exploit the situation to satisfy their personal greed. To think the government has the necessary resources and infrastructure to deal with such disasters is unrealistic .

And this is where we matter. Yes, the small things we can do, matter. Small things such as contributing our personal time, money, effort in assisting the relief efforts matter. Because when people in disaster see other people respond and not necessarily the disaster recovery experts, it gives them hope that there are people outside of their family who care for them – a strong reason for them to fight for the recovery.

An anecdote from the sandy relief efforts: the recent sandy clean up effort that we went for involved renovating an old lady’s house. She lost her husband and she had a daughter who was differently abled. This was their only house. For the past 7 months the mother and daughter were forced to live separately due to financial constraints. When we were laying the sheet rocks for the house, the ground coordinator called the old lady to update her and she was thrilled to learn the progress. Despite her financial and emotional conditions, there was a sense of hope and more importantly excitement in her voice that things are back on track. What we did was a small thing but the impact it had on the old lady was worth something.

So while we feel sympathy for the victims, while we mourn the loss of those who died, we could also do something beyond it. Natures fury cannot be overpowered but human tragedy can be overcome by compassion for each other.