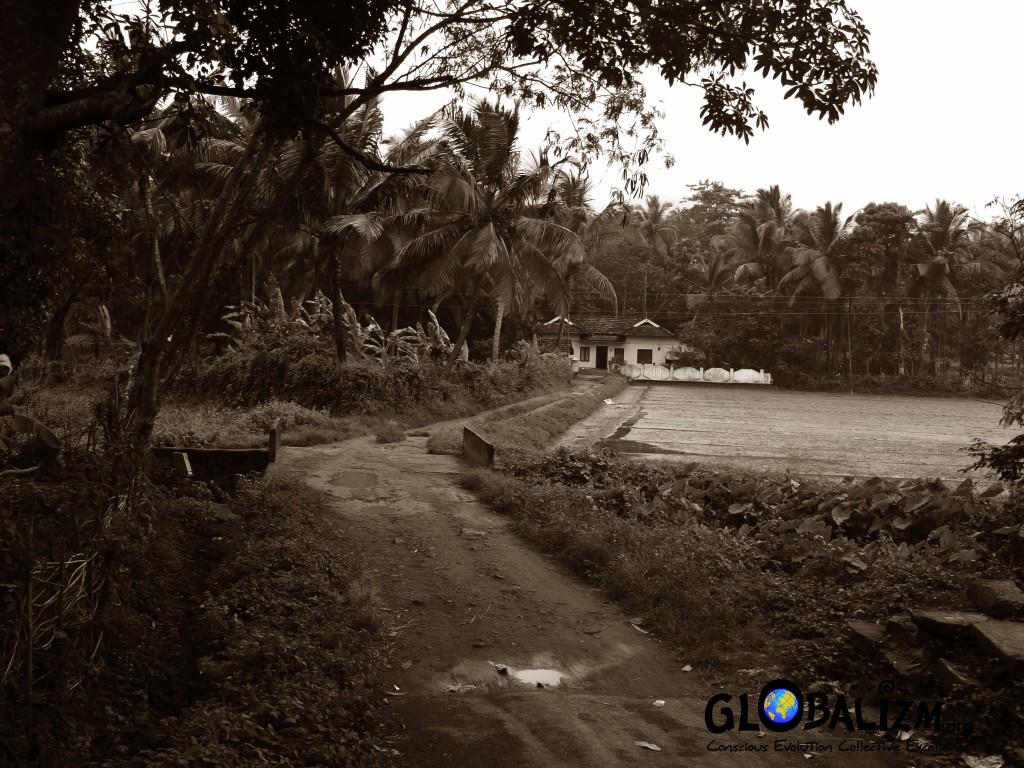 The most beautiful thing in life is that our souls remain hovering over the places where we once enjoyed ourselves. #globalite Rajee revisits her #happyspot #lifestylewednesday

I am capturing my memory from my early childhood, it made me feel pleasant every time it crossed my mind. I know, one day my son will read and love, as I had always loved hearing stories from my mother and father about their childhood time.

The village was ‘Nangur’ near Seerkazhi few kilometers from the beach town Poompuhar (TamilNadu\South India). Now I found out, the village is known by the name ‘ThiruNangur’ the heritage place for Hindu God Vishnu. My early childhood was spent there, I started and did my schooling until 4th grade ["Naalan glass" as we kids called :)]. My father was a Math teacher in the government high school there. I remember, it was the most beautiful place I had ever lived in my childhood(may be the whole life?). The village was very remote. It was crowded with coconut trees and beautiful green farmlands. I remember walking through the only paved ‘Thar’ road in the village (everything else was dirt road), which ran through three ponds of the village(called “Thiruparkadal”) and endless rice fields. The ponds were protected by the coconut trees lined up around them. I can still feel the chillness of breeze in my memory that came from the waving rice plants, when we walked through this almost deserted road. As a child, I literally felt in love for the beauty of the waving rice plants with their unique “shhh” sound from the breeze.

There was town bus or Seerkazhi bus that came through the road in some long intervals. Once in a while, there were one or two farmers walking with a towel tied around their head. Some women carried hay in their head to feed cows back at their home. Sometimes, some men or women looking fresh who have just taken bath in the pond, were walking back home with their half dried still dripping towels hanging in their shoulders. Those were the once in a while human interventions of the otherwise very calm road. I remember, I was curious to walk more or just be there for some extra some time to be in part of the loneliness of nature.

We lived in a big house, it was called ‘chettiyar veedu’ by the neighbors. it was beautifully constructed with “Mutham”, “Thaazvaram”, “pin kattu”, “dark room”, a “well” in the backyard and lot of trees in the backyard. There were snakes, bamboo trees, “Nandhiya vattai” tree, “Poosani” tree and lots of flower plants my mom planted. I loved the rustling sound of Bamboo trees, when there was a breeze. When there were strong winds, the bamboo trees bent to the earth and came back (going up and down, like it was their dance to the wind) and they scratched(or hugged?) one another and created a breaking sound. Whether it was breeze or strong wind, the sound of bamboo trees was very much soothing and perfect for the late afternoons. I wondered how much they could really bend without breaking apart. I also liked the leaves of the bamboo trees, they were in a pretty light green always glowing in the mid morning Sun. After the trees, there were the endless muddy farmlands as far as my eyes could see. There were small hills (probably man made) in between the lands. The farmers used the hills to temporarily store their harvested rice crops and the hay.

I loved the house. There was a big “voonjal” (swing) in the front yard. Although I loved the look of it, I didn’t like it much because it made me feel dizzy . The floor was mosaic and smooth and it was slippery whenever my mom washed it with water in a bucket and broom every Friday.

In the middle of the house, there was “Mutham” (I think I can call it as “Moon roof” ?). It was constructed with steel bars laid out in crosses. So in rainy days, I enjoyed watching/playing with the rain falling inside our house. But more than that the days with the moon in the sky were my most favorites. It was mesmerizing for me to watch the moon shining its rays inside our house in the dark nights.

My mom fetched water from the Keni (Well) for all the household uses. We also drank that water from the “Keni”l. It was deep and wide. There was a steel bar running across at the top. It helped to hold the rope while fetching water. The heavy rain seasons were exciting for one part. Because, at that time, the water line will come up to the top of the “keni”. We could fetch water with a bowl in our hand. My brother who is 2 years elder to me (I remember, I felt very much affection to him, even when there was a hard sibling rivalry) used to make cars using the mud he makes around the keni. Someone was telling, he would become an engineer in the future. Which he probably took to his mind and became a mechanical engineer later. (He currently works as a Software Architect, destiny of most graduates in India for the past two decades.)

There were many students from my father’s school came for tuition to my father in the evening. Many of them were from more interior parts of the village. There would be no street light to walk back to their home. So my father let them stay with us in the night. What a wonderful time for that age! I really enjoyed the presence of all Annas at our home. They were funny and after tuition my father used to tell them interesting stories and talked funny and there were loads of laughter and cheer during the nights they stayed. They packed their dinner and brought extra box to share their special dinners with me and my anna (brother). I was excited to share the food my mom cooked. I think they really loved my brother. It might be because he is the boy of their favorite teacher and he was in the age group to play with them, he was few years younger to them though. They taught my brother some funny songs rather naughty interpretation of some advertisements came in Radio.

After tuition and dinner we all slept in the “mottai maadi” (open terrace). It was an extended part at the front and it was not laid out as the roof of the house. I think it was constructed for the purpose of drying grains. And every time we slept there, my father asked all of us to count stars and it lead to fun. There were loads of giggling and someone or the other would say something and my father would make funny comments about the counting made. I remember, how it surprised me as a kid to know for the first time, there are countless (you meant seriously?) stars in the sky. That triggered my interest for looking at the stars and every time I looked at it, I found there was something more interesting about them.

I remember my father to say he was not strict with collecting fees for the tuition, as some students were really from very poor families. He said some were also coming for the fun evening . At the end of the tuition, my father asked everyone to say “Time is Gold”, and even reciting it for a specific number of times was their punishment sometimes. Anyway, I now understood the roots of my fascination for stars and love for green nature. They were seeded upon me by my parents with their enthusiasm and taste for nature and my father’s fun filled relationship with his students. Lovable memories for me.

I am Rajee. I come from India and I have been living in USA for the past decade. I am a graduate in Electrical Engineering and I am doing Software Engineering as profession. I am married and I have a 3 year old son. I love nature and I spend more time reading everything I am interested in. I have special interests in science and child psychology/child development. In my search to understand and seek wisdom in life, I find spirituality answers better than Google, So I am in my baby steps into spirituality now :).