By now, you have probably seen a few dozen celebrities dunking ice buckets on their heads and challenging 3 others to do the same. Those who refuse should donate to support ALS. But what is ALS? Team Globalizm decided to find out, and we have found our #organizationpickoftheweek: ALSA. But what is ALSA?!! #servicesaturday #als #icebucketchallenge

The ICE BUCKET CHALLENGE is a creative campaign by ALS Association to raise awareness about a debilitating disease called Amyotrophic lateral sclerosis (ALS) that has no known cure. 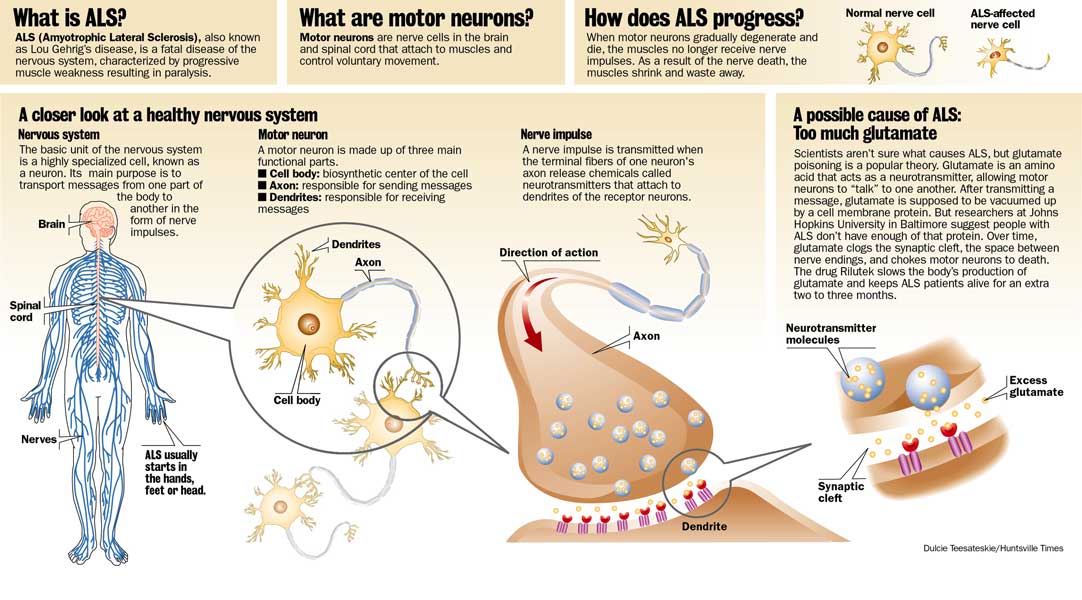 Amyotrophic lateral sclerosis (ALS), sometimes called Lou Gehrig’s disease, is a rapidly progressive, invariably fatal neurological disease that attacks the nerve cells (neurons) responsible for controlling voluntary muscles (muscle action we are able to control, such as those in the arms, legs, and face). The disease belongs to a group of disorders known as motor neuron diseases, which are characterized by the gradual degeneration and death of motor neurons. With voluntary muscle action progressively affected, patients in the later stages of the disease may become totally paralyzed. The progressive degeneration of the motor neurons in ALS eventually leads to their death.

ALS was first found in 1869 by French neurologist Jean-Martin Charcot, but it wasn’t until 1939 that Yankees baseball player Lou Gehrig brought national and international attention to the disease. In the United States, the disease is still most closely associated with his name. In the United Kingdom and some other parts of the world, ALS is often called motor neurone disease in reference to the cells that are lost in this disorder.

WHO CAN GET ALS? 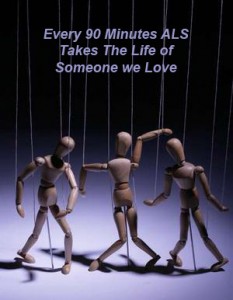 ALS is one of the most common neuromuscular diseases worldwide, and people of all races and ethnic backgrounds are affected. ALS is more common among white males, non-Hispanics, and persons aged 60–69 years, but younger and older people also can develop the disease. Men are affected more often than women.

The onset of ALS may be so subtle that the symptoms are overlooked. The earliest symptoms may include fasciculations, cramps, tight and stiff muscles (spasticity), muscle weakness affecting an arm or a leg, slurred and nasal speech, or difficulty chewing or swallowing. These general complaints then develop into more obvious weakness or atrophy that may cause a physician to suspect ALS.

Although the sequence of emerging symptoms and the rate of disease progression vary from person to person, eventually individuals will not be able to stand or walk, get in or out of bed on their own, or use their hands and arms. Difficulty swallowing and chewing impair the person’s ability to eat normally and increase the risk of choking. Maintaining weight will then become a problem. Because cognitive abilities are relatively intact, people are aware of their progressive loss of function and may become anxious and depressed. A small percentage of individuals may experience problems with memory or decision-making, and there is growing evidence that some may even develop a form of dementia over time.

No one test can provide a definitive diagnosis of ALS, although the presence of upper and lower motor neuron signs is strongly suggestive. Instead, the diagnosis of ALS is primarily based on the symptoms and signs the physician observes in the patient and a series of tests to rule out other diseases. Physicians obtain the individual’s full medical history and usually conduct a neurologic examination at regular intervals to assess whether symptoms such as muscle weakness, atrophy of muscles, hyperreflexia, and spasticity are getting progressively worse.

The cause of ALS is not known, and scientists do not yet know why ALS strikes some people and not others. 90-95% of the cases occur sporadically with no family history. 5-10% of the cases are inherited, and are thought to be due to genes SOD1 and C90RF72.

No cure has yet been found for ALS. However, the Food and Drug Administration (FDA) approved the first drug treatment for the disease—riluzole (Rilutek)—in 1995. Riluzole is believed to reduce damage to motor neurons by decreasing the release of glutamate. Clinical trials with ALS patients showed that riluzole prolongs survival by several months, mainly in those with difficulty swallowing. The drug also extends the time before an individual needs ventilation support. Riluzole does not reverse the damage already done to motor neurons, and persons taking the drug must be monitored for liver damage and other possible side effects. However, this first disease-specific therapy offers hope that the progression of ALS may one day be slowed by new medications or combinations of drugs. Other drugs available are designed to reduce symptoms and improve quality of life.

For information about finding and participating in clinical trials, visit NIH Clinical Research Trials and You atwww.nih.gov/health/clinicaltrials. Use the search terms “amyotrophic lateral sclerosis” or “ALS AND (your state)” to locate trials in your area.

The National Institute of Neurological Disorders and Stroke, part of the National Institutes of Health, is the Federal Government’s leading supporter of biomedical research on ALS. The goals of this research are to find the cause or causes of ALS, understand the mechanisms involved in the progression of the disease, and develop effective treatments.

Individuals with ALS can support the research in the following ways:

HOW YOU CAN HELP 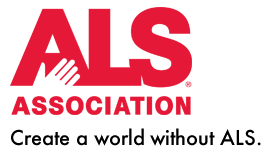 Established in 1985, The ALS Association is the only national non-profit organization in the United States fighting Lou Gehrig’s Disease on every front. By leading the way in global research, providing assistance for people with ALS through a nationwide network of chapters, coordinating multidisciplinary care through certified clinical care centers, and fostering government partnerships, The Association builds hope and enhances quality of life while aggressively searching for new treatments and a cure.

The mission of The ALS Association is to lead the fight to treat and cure ALS through global research and nationwide advocacy, while also empowering people with Lou Gehrig’s Disease and their families to live fuller lives by providing them with compassionate care and support.
The #icebucketchallenge began slowly with just over 100 tweets on July 15 and then exploded this past week with daily tweets of more than 32,000. As of Friday, August 15, 2014, The ALS Association has received $9.5 million in donations compared to $1.6 million during the same time period last year (July 29 to August 15). These donations have come from existing donors and 184,812 new donors to The Association.

ALS Association is the Globalizm #organizationpickoftheweek for all the work they do to find a cure for ALS, and for their creative social media campaign that has been successful in raising awareness and funds for the cause.

Watch the #icebucketchallenge in action!